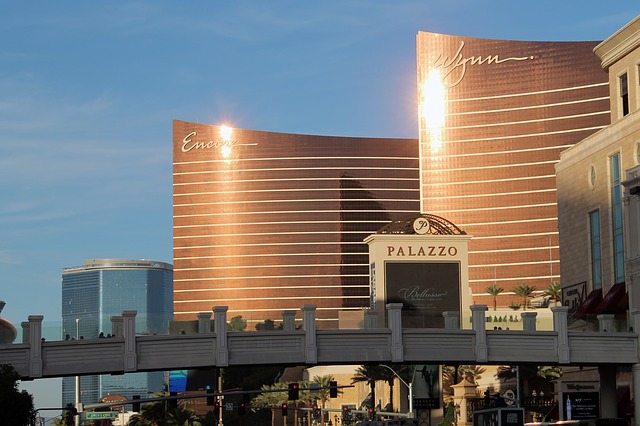 Largest hotels in the world

Owing to the myriad reasons people travel, the surging demand for occupancy has coerced more construction of hotels. From high-rise edifices to thatched-roof cabins, all sorts of sizes have globally emerged over time.

But aside from lodging, which is the paramount purpose of establishing such resorts, some have undeniably become stunning attractions themselves due to their tremendous sizes. The US has proven to be home to most of the largest hotels worldwide, with Macau and Saudi Arabia somewhat trailing in number. Hotels in Macau and Japan have also incredibly stunned the world with their sizes & glamour, while the First World Hotel in Malaysia holds the record for being the largest of them all.

With the number of rooms being a yardstick of the largest hotels in the world in this list, below is an ascending ranking intentionally omitting Abraj Kudai, which is still under construction. 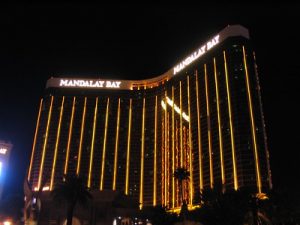 Although different management may dynamically run Mandalay Bay, Delano, and Four Seasons, their proximity makes us regard them as a single entity. The high-rise hotels comfortably provide 4,407 rooms in total, having 3209, 1117, and 81 rooms, respectively.

Mandalay Bay is 43-story long, possessing over 24 elevators for vertical transport through them. Its striking gold color results from the gold leaf used on the windows across all its floors. Aside from the staggering number of rooms for lodgers, the 135,000 square feet casino attracts many gamblers from all walks of life. Mandalay Bay Convention Center also lies adjacent to the hotel, as the Bay Tram connects the resort to Excalibur and Luxor, its sister properties.

Delano, located one mile away from Mandalay Bay, is a 42 story structure covering a land area of no less than 4,500 sq ft. The gold paned windows also give it a strikingly alluring appearance, which never ceases from dusk through the night and daytime. It features multiple restaurants, a coffee bar, a beach club, and some spas.

Four seasons luxury hotel is regarded as part of the Mandalay Bay complex, although Four seasons operate it for its real estate owner. It holds 81 suites with 343 guest rooms with state-of-the-art facilities.

The hotels are all located in Las Vegas, Nevada, in the US.

Barkhatnie Sezony, located in Sochi, is the second-largest hotel in Russia and 9th in our list of the largest hotels in the world. When its construction was completed in 2014 for the Winter Olympic Games, it became the world’s largest hotel with 8,500 rooms. But it currently sits on the 9th position on the list after being downsized in 2018 to 4,688 rooms.

The hotel collectively has 34 buildings, each with five floors. Most of the buildings that still represent the hotels hardly have bars and restaurants, but an on-site kitchen is present. If you are determined to eat at an actual restaurant or buy some cold beers, several bars, restaurants, and even shops are within trekking distance.

Since it was essentially built to mass accommodate individuals & groups immigrating for the leap year game, potential lodgers should keep expectations of ultra-modern facilities to a minimum. 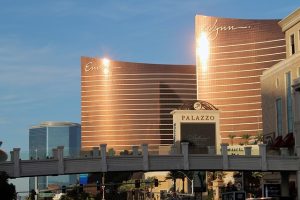 Wynn Las Vegas, colloquially referred to as Wynn, is a five-star luxury hotel with about 2,716 rooms. It covers 215 acres of land and consists of 45 floors, which are 614 feet long in total.

From restaurants to shops & boutiques, nightclubs to casinos, Wynn has them all. Both adept and inexperienced golfers also relish the opportunity to compete with one another at the Wynn Golf and Country Club. The Tower Suites at the southernmost section of the skyscraper is also one of the best parts for elites being evaluated independently from other facilities.

Adjacent to Wynn is Encore Las Vegas, which takes a five-minute walk between them. Encore, still owned by Wynn Resorts, like Wynn, consists of 2,034 rooms and is 192 meters tall. The remarkable resort has a multi-million dollar casino, a spa and salon, a nightclub, a Beach Club, two bars, and four restaurants.

Most facilities at Encore are futuristic and also notably expensive to use and lodge. It has received numerous accolades, including the AAA Five Diamond Award and Wynn, the Forbes Travel Guide Five-Star Award. They are the highest recipient of the award in the world, and they hold 4,750 hotel suites in total. 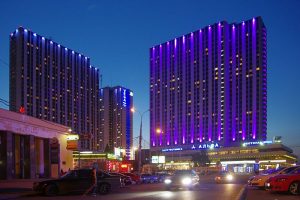 Boasting over 5,000 lodgeable rooms, Izamailovo Hotel is undisputedly the largest hotel in Russia and  7th in our list of largest hotels in the world. Foreseeing that hotels in Moscow wouldn’t accommodate every immigrant for the 1980 Summer Olympics game, the Russian government had to construct the Izmailovo Hotel for more space. The four-building hotel, each of 30 floors, was unarguably the largest on completion in 1979, costing 188 million rubles to build.

Each of the identical layout buildings, Alfa, Beta, Vega, and Gamma-Delta, are now independently managed. Gamma and Delta were initially separate, making the total number five, which signified the five Olympic rings but are now regarded as one owing to recent development. The independent management is partly responsible for the varying star ratings as Alfa, Vega, and Gamma-Delta, are rated four-star hotels, while Beta is usually rated three-star. 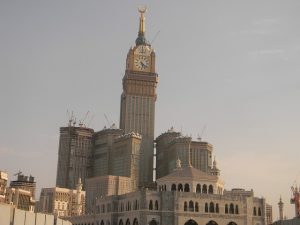 Abraj Al Bait, known as “Tower of the House” in English, is most famous for numerous records that seldomly remind individuals of it having lodgeable rooms. With its peak height at 601 m, Abrah Al Bait is the tallest complex in Saudi Arabia, the third tallest building in the world, and the fifth-tallest standing structure globally.

The top 4 floors on the 120-floor structure contain the Clock Tower Museum, while the Makkah Royal Clock Tower holds the largest clock face in the world. With a total construction cost of around $15 billion, Abraj Al Bait is also the world’s second most expensive building.

Numerous hotels in the towers, including the five-star Fairmont Makkah Clock Royal Tower Hotel, hold at least 5,383 rooms. Accommodating millions of Islamic pilgrims that traveled to participate in the Hajj in Mecca was the most significant purpose of its construction.

The structure features a five-story shopping mall, a parking garage capable of holding thousands of vehicles, and large prayer rooms for both genders that can contain at least 10,000 pilgrims at a time.

CityCenter, located in Las Vegas, consists of five multi-purpose buildings owned by MGM Resorts International and Dubai World but solely operated by the former. Although both partners constructed a sixth building, known as The Harmon, it was unfortunately demolished on approval by a Clark County court in 2013.

Aria, Crystals, Waldorf Astoria, Vdara, and Veer Towers are the only standing structures, which currently provide about 5,891 hotel rooms.

Aria luxury resort contains the highest number of hotel rooms number among its sister resorts. The two curved glass & steel highrise towers hold 4,004 guest rooms and suites, 10 bars and nightclubs, 16 restaurants, and a 150,000 sq ft casino. Its 215,000 sq ft pool area with 34 cabanas is also one of the biggest around. Salons, spas, convention centers, and a 1,800-seat theater are also present.

The Waldorf Astoria contains 392 hotel rooms and suites, five bars & restaurants, and a spa. It is exemplarily among the six hotels holding the AAA Five Diamond Award and three Forbes Five Star Awards in the US.

The 57-story Vdara Hotel & Spa does not contain a casino but holds 1,495 suites, fitness centers, salons, a bar, a two-story spa, and a market.

There are no hotel suites in Crystals and Veer Towers. 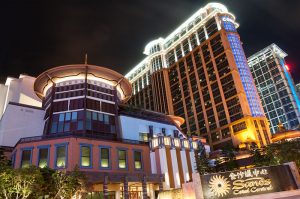 The Londoner Macao is a $4 billion-worth property in Macau more famous for its casino resort than its plethora of accommodation suites. Although Sands China announced that the asset would be officially named Sands Cotai Central in August 2011, it was later rebranded as The Londoner Macao in 2021. American casino and resorts company Las Vegas Sands currently owns and manages the property.

Below are listed hotels in The Londoner Macao and their number of rooms, which are 6,007 in total: 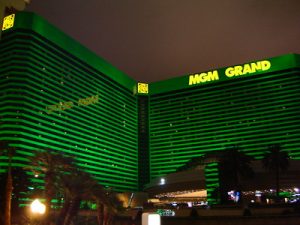 MGM Grand Las Vegas is among the numerous asset managed by MGM Resorts International. When the tower first opened in 1993, it instantly became the most prominent hotel globally, as a whole, with 6,852 rooms. It is still significantly the LARGEST single hotel in the US but the second-largest hotel-resort complex.

The 30-floor main building is 89m high, and it houses several estimable hotels, including The Signature. Other facilities in the property include numerous shops, world-class restaurants, vibrant nightclubs, the Grand Spa, the MGM Garden Arena, a gaming room of 171,500 square feet, a 380,000 sq ft convention center, and 6.6 acres of five outdoor pools, rivers, & waterfalls. Its casino is also the largest in Clark county, covering 171,500 sq ft of land area.

Other indoor sites that often overwhelm the property with visitors include the Top Golf course, a lion habitat, CSI, and Level Up Las Vegas. 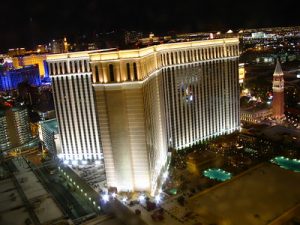 Ranking 2nd in our list of the the largest hotels in the world is The Venetian and The Palazzo which are nearly located a stone’s throw from the other, under the same management in Las Vegas. With The Venetian offering 4,049 rooms and The Palazzo 3,068, they provide 7,117 lodgeable hotel suites in total.

The Venetian is 145m high with 36 stories above its ground floor. It holds a shopping mall – The Grand Canals Shoppes, The Sands Expo – its main convention center, and the Guggenheim Hermitage Museum. The resort also houses a nightclub known as TAO, and its beach featuring cabanas, Xbox, among others, is situated above. It houses four theatres: The Palazzo Theatre, The Opaline Theatre, The Venetian Theatre, and The Sands Showroom.

Since The Palazzo’s inception and eligibility, it had always been an awardee of the AAA Five Diamond Award till 2014. Aside from residential rooms, the $1.8 billion resort features many boutique stores, exceptional restaurants, The Las Vegas Car Museum, and The Palazzo Casino.

The Venetian and Palazzo Hotel are the largest in the US and are only smaller than First World Hotel globally. 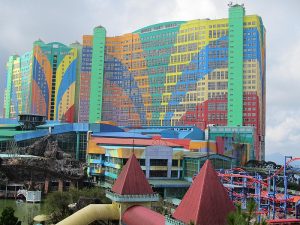 Surpassing them all in the ranking is First World Hotel & Plaza in Pahang, Malaysia. The three-star hotel, consisting of three towers with 7,351 rooms, broke the Guinness World Record for the largest hotel in the world in 2015 and still holds it to date.

The architecture’s striking colors make it the most conspicuous structure in Genting Highlands. The ingenious hotel links to SkyAvenue, the new shopping mall, which holds the Awana Skyway station linking to Genting Highlands Premium Outlets.

The hotel also shares the skyscraper with its ever-fun plaza, First World Plaza. Fun-filled activities featured here include Cineplex, a bowling alley, an indoor swimming pool, a pavilion, and Ripley’s Believe It or Not! Museum. The plaza’s refurbishment from mid-2017 to late-2018 led to more attractions, including an Indoor Theme Park, Genting Bowl, Snow World, Vision City Video Games Park, Seni Kome Peng Heng, virtual reality The VOID, aside from its casino and numerous dining outlets.

Most of the largest hotels in the world, as aforementioned, are hardly solitary resorts. More research proves that some accommodation suites were essentially additions to the structures from casinos to plazas and even prayer grounds. Although they may not have been the primary purpose for their construction’s establishment, they are still much more extensive than most stand-alone hotels worldwide.

Until the Abraj Kudai hotel in Mecca is utterly constructed among multiple others, be it from ground up or expansion, these are presently the largest hotels in the world.