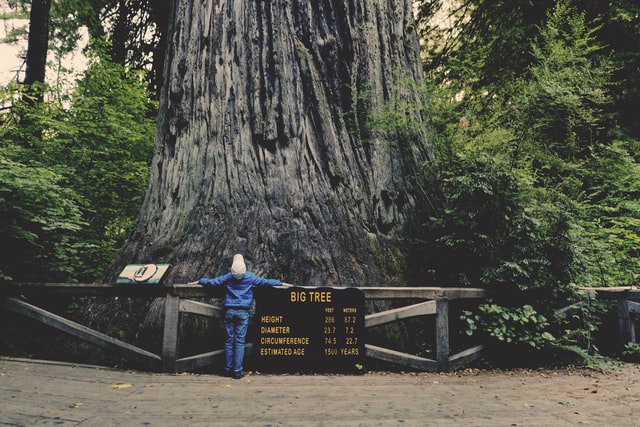 Biggest trees in the world

The maximum height of common trees is between 122 and 130 meters. Whereas in the past, large trees may have reached impressive heights, some of the tallest, widest, and most dense trees are now dead because of timber (and deforestation). There are two ways to get the rankings for a tree size: Height or volume.

Measuring the trees in height, width and cross-cutting angle provides an understanding of the volume of the tree.

Here are the top 10 biggest trees in the world; 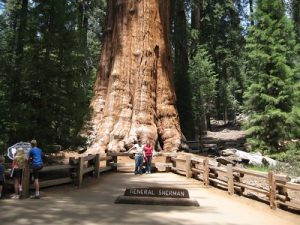 “Us at General Sherman” by RodBegbie is licensed under CC BY-NC-SA 2.0

Giant sequoia (Sequoiadendron giganteum) in Sequoia National Park, California called General Sherman takes the first place on our list of the biggest trees in the world. The tree is 1,487 cubic meters (1,487 cubic meters). That equates to more than half the size of the Olympic swimming pool, which is generally considered 2,506 cubic meters.

This tree is estimated to be about 2,000 years old. That makes it a large middle-aged giant sequoia, as some trees are believed to be more than 3,220 years old, based on the number of tree rings.

The tree lost a large branch in 2006, which cracked a new trail and fence below. It did not affect General Sherman’s position as the largest tree, however, because that was calculated using stem volume and not branches. General Sherman is also tall, standing at 83.9 meters high.

This tree is also known as Spartan located in Redwood National Park, Washington state of the United States in 2014 by Chris Atkins and Mario Vaden. It is an evergreen, long-lived, monoecious tree that lives for 1,200-1,800 years or more. These species include the tallest trees in the Earth, reaching 115.5 meters (379 ft) in height (without roots) and up to 8.9 m (29.2 ft) in diameter height (dbh) and a total volume of at least 38,299 meters cubic.

These trees are also among the oldest living creatures and one of the biggest trees in world. Before clearing and commercial logging began in the 1850s, this large tree naturally grew on an estimated 810,000 hectares along the California coastal (just outside southern California where rainfall is scarce) and on the southwest corner of Oregon in the United States. 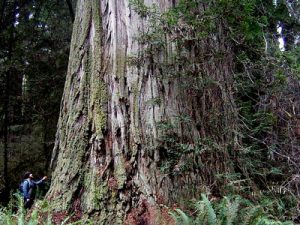 “Lost Monarch” by drainhook is licensed under CC BY-NC-SA 2.0

Lost Monarch is a coastal tree redwood (Sequoia sempervirens) in North California 7.9 m in diameter wide at breast height (including many stems) and 98 m high. It is one of the biggest coastal redwood trees in the world in terms of wood volume.

Lost Monarch was discovered by Stephen sillett and Michael taylor on may 11, 1998. The tree is estimated to contain 34,914 cubic feet of wood volume, [2] and is surrounded by some of the coastal redwood known as some of the largest species. 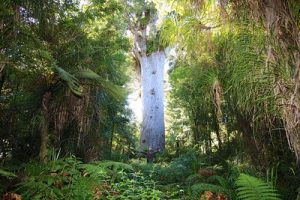 “Tane Mahuta” by Natalia Volna itravelNZ@ travel app is licensed under CC BY 2.0

Tane Mahuta belongs to the genus Agathis australis, or “kauri” in the Maori language of the forest of waipoua, New Zealand. With a height of 45.2cm and a total volume of 516 cubic meters, the age ranges from 1,250 to 2,500 years.

Its name Maori means “Lord of the Woods” in the Maori category which comes from the name of the god.

There are many other big trees in the New Zealand rain forest where these trees were plentiful. They have been severely cut down for wood and construction. Maori people who worked on the interstate highway identified and named the tree in 1924.

The Cheewhat Giant, also known as the Cheewhat Lake Cedar, is a large red cedar tree in the west (Thuja plicata) located on the Pacific Rim National Park Reserve on Vancouver Island in British Columbia, Canada. It is the largest Western redcedar tree, the largest known tree in Canada and one of the largest in the world.

The tree was discovered in 1988 within the already established Pacific Rim National Park Reserve. It was named after nearby Cheewhat Lake. With the death of Quinault Lake Cedar (17,650 cu ft (500 m3)) in 2016, the Cheewhat Lake tree became the world’s largest redcedar in the West. The western red cedar is 55 meters in height and 20 feet. 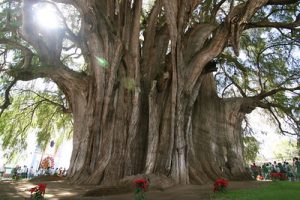 This tree is located in the center of santa maria del tule city in Oaxaca. It is the cypress of Montezuma (Taxodium mucronatum), or ahuehuete (meaning “old man of water” in Nahuatl). It has the worst tree trunk in the world. In 2001, it was listed as a UNESCO World Heritage Sites.

Age unknown, with an average of between 1,200 and 3,000 years. A local Zapotec myth is said that it have been planted about 1,400 years ago by Pechocha, a priest of the Aztecs god called Ehecatl. In 1990, the tree was reportedly slowly dying out as its roots were damaged by water shortages, pollution, and traffic congestion, with 8,000 vehicles moving daily on a nearby highway.

The common name honors David Douglas, a Scottish botanist and collector who first reported on the unusual nature and power of this species. Douglas-firs is medium in size to large evergreen trees, 20-100 m (70-330 ft) tall (although only the Douglas-firs coast reaches such heights. The leaves are flat, smooth, straight, 2–4 centimeters long, usually similar to those of the firs, appearing individually rather than the fascicles; completely surround the branches, which can be useful in recognizing species. As the trees grow taller in the dense forest, they lose their lower branches. 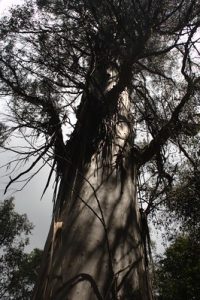 “Big Tree” by puzzlement is licensed under CC BY 2.0

Probably the Arve Big Tree is 84 m, a long shot from the current record holder of the world’s largest flower plant, Centurion, which is 324.8 meters high. The Arve Big Tree weighs 405 tons, according to notice boards, and is one of the largest trees in Australia.

The 400-year-old veteran of the southern jungle of Tasmania is reported to be Australia’s largest tree.

The Kermandie Queen, 76 m in height mountain ash rising from the rain forest just south of Geeveston, is just three quarters of Australia’s tallest tree, neighboring Centurion, rising 99.7 m. However, The kermandie queen tree burnt during January 2019. Kermandie queen tree, which was the size of the Arve Giant in volumetric size, was also severely damaged by fire.

Rullah Longatyle is the world’s largest eucalyptus species with a variety of tree species (Eucalyptus globulus Labill). Rullah Longatyle, meaning Strong Woman, is located near Geeveston, Tasmania, Australia. It is the second largest tree in Australia in stem volume. Its trunk capacity is 368 cubic meters.