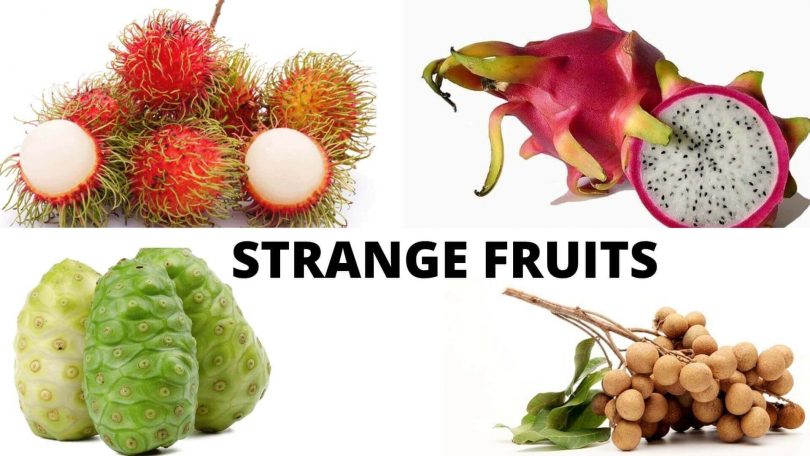 In this article, we have listed 25 fruits and vegetables that have been described as the strange fruits in the world and “very strange” because of their appearance, taste, or growth pattern.

Let’s check out 25 strange fruits in the world; 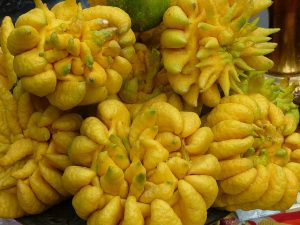 This fruit is shaped like a finger like hand having protrusions growing from the base. Blue fruits and flowers both smell good, and are often used in religious offerings.

The fruit itself is not edible, there is hardly any juice and flesh on it. It can also be stored as a sweet. In both Japan and China, the fruit is widely used in perfumery. 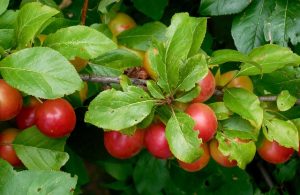 Of all the strange fruits this fruit has an unusual feature which is its effects, the berry itself is low in sugar, but after eating it, the sour food starts to taste good.

This unusual effect is the result of a protein substance present in berries called miraculin, which causes the taste buds to perceive sour foods as sweet. This effect will last for about an hour – or until the protein is cleared by saliva. Originally from West Africa, miracle fruits are grown today in Ghana, Puerto Rico, Taiwan, and South Florida. 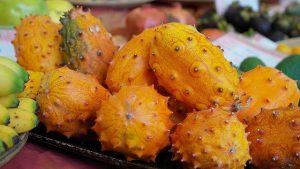 This fruit is considered to be the first cultivated watermelon. When ripe, it has an orange-yellow skin with a fleshy jelly-like flavor similar to that of a cucumber. Due to its shape and texture, kiwano melon is used as a popular decorative item for food. 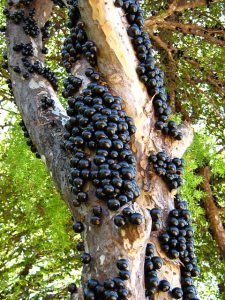 Native to Brazil, the fruit of jabuticaba has an unusual feature related to the way it grows.

The fruit itself has a dark brown skin, and its flesh resembles ordinary grapes. They are large in size, measuring 3 to 4 inches in diameter, and each fruit has 1 to 4 seeds each. They are often eaten fresh, such as grapes, but can also be made into juice, jelly, jam, and even wine and liqueur.

Monster fruit is grown in Mexico. They look like the ear of corn, and are covered with hexagonal scales. They are usually around two inches [25 cm] long and 3 to 4 inches wide. The scales must be removed to reach the fleshy part of the fruit, very similar to pineapple in the texture and taste. 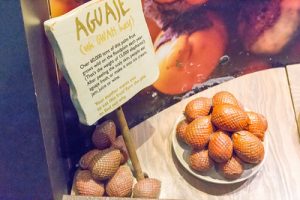 The aguaje fruit grows on a type of palm tree called moriche palm, known in Peru as the aguaje palm. The fruit has a light chestnut color. The flesh is yellow in color, has a high content of vitamin C. Peruvians believe that the fruit has special properties that enhances the female figure, because of this reason, aguaje capsules will be often sold as beauty aids in Peru. 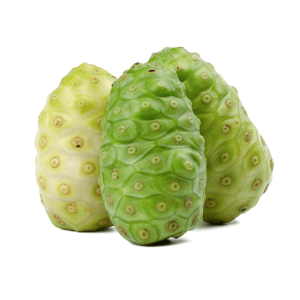 The noni fruit is one of the strange fruits in the world, but modern health enthusiasts have called it a great fruit. The fruits, leaves, and roots have medicinal properties and are used by many communities to treat diseases such as menstrual cramps, intestinal problems, diabetes, liver disease and urinary tract infections.

Traditionally found in Southeast Asia, especially Indonesia and Malaysia, the fruit is now widely sold, with Hawaii leading the way.

The fruit is oval in shape, and is about the size of a small potato. It has a bad smell when ripe (no wonder it is also called “cleansing fruit”!). The fruits are often cooked with nutritious food. 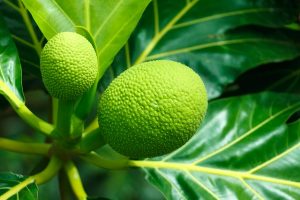 It is light green in color, the breadfruit is really big – almost the size of a soccer ball. It is rich in starch, and when ripe, the starch turns into sugar. When cooked, the texture and taste is the same as freshly baked bread; hence its name. 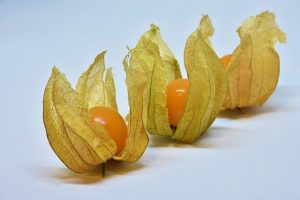 This fruit looks like a very small tomato. The interesting thing about this fruit, however, is that it grows on a paper-covered lump, which makes it look like a bougainvillea flower. When the fruit has been removed from the husks, a small fruit is revealed. Because of its plant shape, it is also called the Chinese lantern.

Physalis is eaten as a tomato. It can be used in salads and desserts, or it can be made into jams and jars. 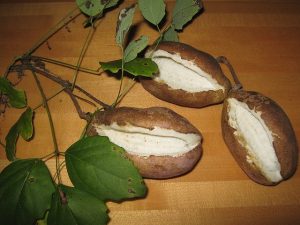 Akebi plants are found in China, Taiwan and Japan; however, the fruit is very popular in Japan. In fact, the name of the fruit is a Japanese name. The fruit is about the size of a palm tree and has a purple skin that protects the white, finger-like flesh inside which contains small black edible seeds.

Akebi is now considered a special fruit in Japan and is used in cooking special dishes. It’s delicious in taste. 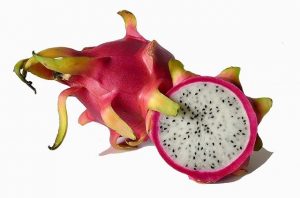 The dragon fruit looks like a fiery tail of a dragon; hence the name. It comes from the cactus family known as the “hylocereus.”

There are two main types of this fruit. The external appearance of both types is the same, but the internal appearance is different. One has a deep purplish sweeter purp; others have a brighter color and is less sweet. Both varieties contain many edible seeds that enhance the flavor.

The outer skin can be easily removed, especially when the fruit is cut into small pieces. The pulp is watery and sweet, especially the dark brown variety. 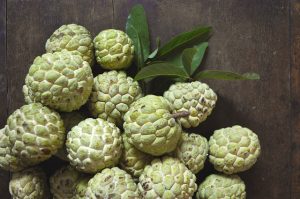 Native to the Andes, the preserved apple looks like a green apple. Apparently, Mark Twain once observed that the custard apple was the “most delicious” fruit known to man. I have to argue with him on this point. Maybe Mr. Twain was not fortunate enough to taste some of the fruit, in my opinion the most delicious. Poor Mr. Twain!

For me, the most delicious fruit in the world is the one I saving last for in this article. The weirdest of them all. An apple with a custard containing lumps of a soft fleshy pulp that encloses many dark and inedible seeds. 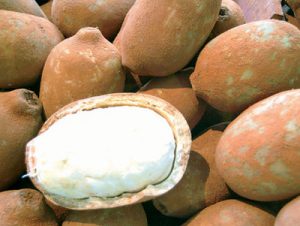 “Polpa-cupuacu-sucesso-consumida-alcoolica_ACRIMA20110209_0021_13” by Dinesh Kumar Radhakrishnan is licensed under CC BY-NC-ND 2.0

The cupuacu fruit is related to the cocoa which is common in the Amazon basin. It is brown in color, the fruit has an oblong shape usually 20 inches long. It usually weighs between 1 and 2 kilograms.

The outer skin is thick and firm. The flesh is soft and white. It has a unique, delicious flavour of chocolate and pineapple. Cupuacu is rich in vitamins and nutrients, which are thought to boost the immune system, lower cholesterol, and rejuvenate the skin and hair, although there is currently no scientific evidence to support these claims. 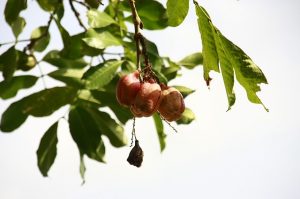 This fruit is a Jamaican delicacy and is used as a vegetable, especially in the famous Jamaican national dish, ackee and saltfish. The fruit is related to the fruits of lychee and longan.

When the fruit is ripe, it burst open to reveal three large, shiny seeds. The soft flesh is the only part of the fruit that is edible. The immature parts is highly toxic. 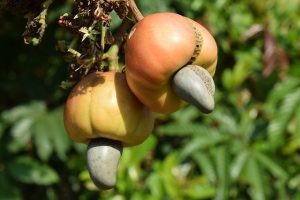 What makes this fruit interesting is its appearance: It looks like the seeds are being exposed at the bottom of the fruit. In fact, the part that appears to be the fruit is the “false fruit,” called hypocarpium, which is pear-shaped and red or yellow in color when ripe. The real fruit with a seed inside is the crescent-shaped protrusion hanging at the base of the false fruit.

Originally native to Brazil, the fruit is spread all over the world to Asia, southeast Asia, and Africa. The commercial value of cashew resides in its seeds: cashew nut. 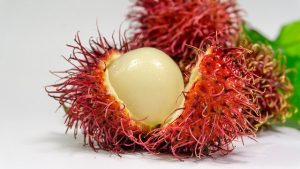 The fruit has an oval shape which is about two inches [2 cm] long and is about 1 ¼ inches in diameter. There are two types: yellow and red. Yellow is unpopular. Popular varieties are red. Both varieties are green when unripe, but after ripening, the red variety turns bright red.

Rambutan is very tasty. It is easy to break and remove the hairy skin, and the flesh surrounds the large, inedible seeds inside. If you see rambutan fruit growing on a tree, you may see many black ants around the fruit. 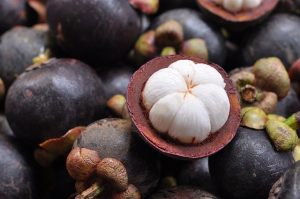 Now, please let me introduce the fruit queen. It is called mangosteen – but it has absolutely nothing to do with mangoes. It is about the size of a tennis ball and has a dark purple color. What is remarkable about this fruit is the thick, dark purple outer casing. Above the fruit are the remains of four “petals”, and at the bottom is a circular pattern of a round “flower”.

The flesh inside is crisp white and separated by cloves, or arils. The “flower” pattern will usually show 5 to 7 leaves, corresponding to the number of arils inside the fruit.

The fruit has a very thick stalk, or pericarp, and the milk of the rind will leave a permanent stain on the clothes if one is not careful when opening the fruit! 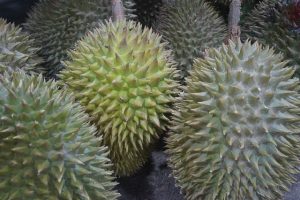 The word durian comes from the roots of “duri” in Malayasia and Indonesian, meaning “thorns.” Durian is spiky everywhere, and on average is about the size of a coconut. Its shape is unusual. Even its weight is unusual; it can weigh anywhere from 0.5 to 3 kilograms.

When ripe, the fruit will fall off on its own in the morning before sunrise. Durians are eaten mostly within a day; otherwise, they should be stored in the refrigerator in an airtight container. Durian meat is divided into categories. Within each stage there is an inedible seed.

In a simple book, this fruit could probably be considered useful in the field of weapons! It is like a sharp ball of cannon, which can explode with the most disgusting, smelly gas that can destroy anyone unfamiliar with the scent. And if the flesh were not forced into their mouths, I think they would die right away! The stench alone would work better than any tear gas. Such is the awesome power of durian.

On a personal level, if you are a local person like me, durian smells like heaven and tastes like heaven. If you are new to durian, however, your first encounter can send you to hell, because it will stink and taste bad. But if you persevere, you may find yourself enjoying the excellent conditions of this beautiful fruit.

By the way, the most beautiful durians in the world are found in Penang. 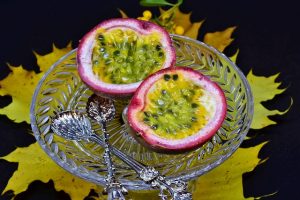 Fruit, small red or yellow golf with a firm skin and tart, jucy seeds that you can pick with a spoon. Passion fruit originated in South America, but has now grown worldwide. 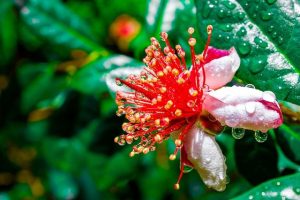 This fruit was one of the most popular new items on discoveries of strange fruits. Feijoa is a small elliptical fruit with a tart, fleshy flesh that you can extract with a spoon. It originates in Brazil, Paraguay, and Argentina. 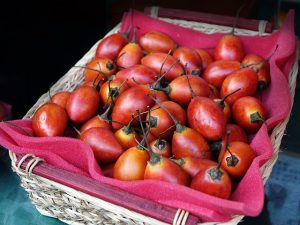 Egg-shaped fruit with tart, astringent, and pulpy flesh that you can pick up with a spoon. Tamarillo is native to South America. I found it on the Galapagos Islands, Ecuador, where it was mixed with water and sugar and made into juice. 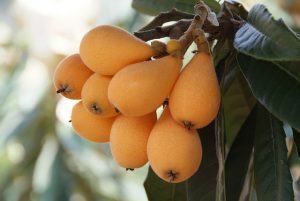 Loquats is a small pear fruit with large seeds. It tastes like a combination of peaches and mangoes. 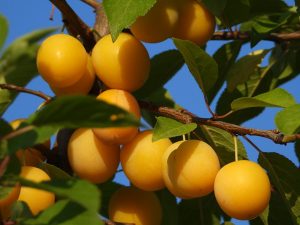 Sour plums are the same varieties of summer plums that we know and love, which are formed in spring when they are sour and green. It is a typical snack at the Middle East, where it’s being eaten by being dipped in salt. 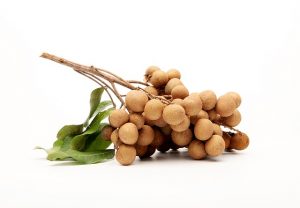 Longan is a small round fruit with a flexible white flesh and shiny black seeds. Longan means “dragon eye” in Chinese, and it is named because it looks like the eyeball. Longan is native to South Asia and resembles the appearance and texture of lychees.